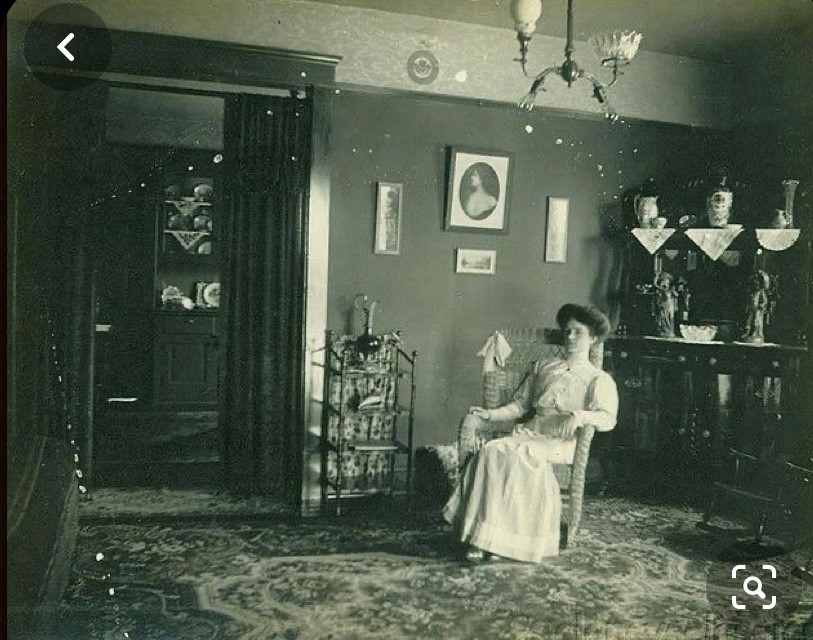 So I’m doing an architectural history lesson with a bit of social economics thrown in. If your bored by this then maybe skip this post but I think it’s important to understand the house.

The Crow’s Nest was built in 1893, rather late in the Victorian age. The Victorian age being the reign of Queen Victoria (1837-1901). Thus when someone has a Victorian house it is a rather vague way of saying my house was built in between 1837-1901 years with a few years after Queen Victoria’s death. But Victorian isn’t exactly a style, but it kinda is. There is some debate to this. Would you consider in the style in the 1980s the same as the style 1920s? It goes the same with homes of the Victorian Era. Thus many styles and influences came in and out of style. In America there is: Neoclassical, Romanesque, Italianate, Queen Anne, Folk Victorians, Gothic Revival, Greek Revival, Stick/Eastlake, Shingle, Second Empire, Renaissance Revival, and many more. I wont go through all the details because they are not pertinent and one could simply Wikipedia or google these styles.

In 1893 Queen Anne, Second Empire and Neoclassical styles were popular for the wealthy. Italianate and gothic revival styles were losing popularity but where still being built. The average middle class American however would not be able to afford such lavishness. Many of these elements had to be custom made and shipped to location or required skilled workmen on site. Thus the average rural Americans built Folk Victorians. These homes were simple in plan and build but, were decorated with woodwork that could be added latter when there was time and money.

The Folk Victorians were basically simplified Queen Annes. They lacked towers, complicated roofs, the interior finishes were simpler, and the homes were over all smaller. It was also in 1890’s that the beginnings of the craftsman period had begun. These craftsman homes were built just as carefully as the Victorian homes but were even less ornate and simpler in form.

The Crow’s Nest is a folk Victorian. It has a few splurges of detail such as the intricate tall base boards, stained glass windows and a bay window in the dinning room. But the staircase is fairly simple and the outside of the house is designed to be looked at from the front and not much thought is put into the sides and the back of the house. The house is basically a rectangle with the back addition for the kitchen. This is typical of folk Victorians.

The interiors of the rural 1890s were different from those of previous decades. There were two styles competing against one another and it was up to the home owner to choose what they preferred. There was no wrong or right, just personal preference. On one hand you had the budding craftsman style and the original Eastlake style vs. the Revivalists who preferred styles of the past like colonial, Louis XIV, Empire, and gothic revival. The Crow’s Nest actually has both style of moldings, early craftsman window and door molding on the ground floor and upstairs in the bedrooms we have colonial revival moldings.

Crown molding was no longer popular and instead picture rail was added around 12-18″ below the ceiling line. This allowed a wallpaper boarder or stenciled friezes to be installed above the picture rail with a coordinating wallpaper below.

Portieres (curtains that hung in doorways between rooms to stop drafts and add a flair of drama) were all the rage.

Furniture was being inspired by the art nouveau movement of the 1890s, the Eastlake movement of the 1870s, but some preferred more traditional styles of past decades like Louis XVI and Empire. The Mertes family probably brought furniture with them to the house and thus older styles would have been seen in the house along with Eastlake.

Gas lighting was still in fashion and if you were wealthy you had both gas and electric lights in case the electricity failed as it was prone to do. The modern Victorian Bathroom had only been around for about 25 years. These bathroom fixtures were often separated into separate rooms. The toilet had its own room with the sink and bath tub in another. Claw foot tubs were all the rage and the debate between wood wainscoting vs. white subway tile was in full debate.

Kitchens were not modern like today. Usually a large range with a separate cast iron sink and separate furniture (Table, cupboard, and icebox) made up the kitchen. Often kitchens had support spaces such as butlers pantries, and food pantries with built in shelving and sinks. I would love if the Crow’s Nest had a butlers pantry.